A collaborative, interdisciplinary project that promotes the preservation and use of the archives and records of charities, voluntary and community organisations.

The research team behind the ESRC-funded ‘Discourses of Voluntary Action’ project – Georgina Brewis, Angela Ellis Paine, Irene Hardill, Rose Lindsey and Rob Macmillan – tell us how they have used the Mass Observation Archive.

Tell us a little about one archive collection you have used as part of your research?

We have used the Mass Observation Archive to investigate how the public have articulated and received different narratives about the role, position and contribution of the voluntary movement in social welfare provision in England during the 1940s and 2010s. This is part of a wider project which also explores the perspectives of voluntary organisations and government in these two time periods.

The Mass Observation Archive specialises in material about everyday life in Britain. It contains papers generated by the original Mass Observation social research organisation (1937 to early 1950s), and newer material collected continuously since 1981.

What was significant about the collection? How did it benefit your research?

The collection was very relevant for our interdisciplinary, comparative study because it captures views of the British public on charity, volunteering and voluntary action in both the 1940s and the 2010s. Mass Observation was commissioned to undertake research as part of William Beveridge’s post-war inquiry  into charity and voluntary action (published as Voluntary Action in 1948). For our study we have reanalysed this original data using digitised copies, which in some cases we have transcribed.

For the 2010s, we have examined two sets of data. Today, the Mass Observation Project consists of a panel of self-selected volunteer writers who are asked to write free-form responses to sets of themed questions known as ‘directives’ that are sent out to them three times a year. We examined a 2012 directive on ‘The Big Society’ which echoed several of the questions in the various directives and questionnaires that took place in the 1940s. It includes questions on what writers think about the Big Society, what voluntary work they do, whether there are certain services that the state should provide, and whether they and their communities have the capacity to contribute more in terms of their civic engagement.

Our project commissioned our own directive entitled ‘Charity and the Welfare State’ which was sent out to the panel in April 2018. The text of the directive (which can be accessed on the Mass Observation Archive website) focuses on how relevant the welfare state is to people’s lives today; and investigates the role of welfare services provided by charities and voluntary organisations in contemporary Britain.

Do you have any top tips for other researchers accessing this collection?

All the papers of the Mass Observation Archive are held at The Keep in Sussex. However, selected parts of the collection are available through Mass Observation Online published by Adam Matthew Digital for the public and university libraries to purchase. This includes much of the 1930s/40s material while a new resource that will eventually cover the period 1981 to 2009 has just been launched, the first batch of 1980s material was released in 2020. Both databases also contain various helpful essays to help readers understand and navigate the collections.

A newly set-up MOP database enables users to identify the demographic characteristics of all writers in the panel. Typically, around 200 of the 450 writers that comprise the panel respond to each directive.

An end to ‘Want, Disease, Ignorance, Squalor and Idleness’: Why the Beveridge Report flew off the shelves in 1942 (The Conversation, 2017).

Associate Professor in the History of Education, UCL
View all posts by Georgina Brewis → 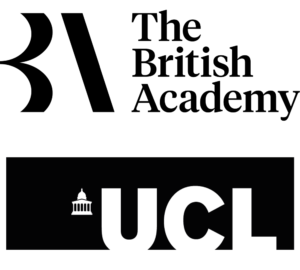 This website is run by the British Academy Research Project ‘Archiving the Mixed Economy of Welfare’ a collaborative, interdisciplinary project that promotes the preservation and use of the archives and records of charities, NGOs, voluntary and community organisations.  These  are increasingly vulnerable in a period of austerity. We see the such archives and records as strategic assets for governance, corporate identity, accountability and research. 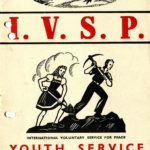 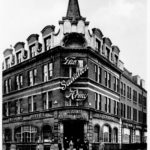 From immersive exhibit to virtual tour: Using archive images to tell the history of charity shopping 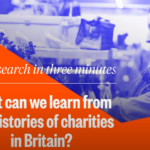 Charity archives in a time of crisis? 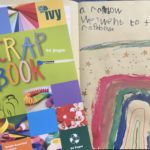 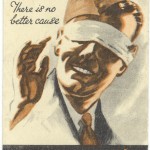